KYIV: A Ukrainian court sentenced a Russian soldier to life in prison on Monday (May 23) for killing an unarmed civilian in the first war crimes trial arising from Russia's invasion.

Vadim Shishimarin, a 21-year-old tank commander, had pleaded guilty to killing 62-year-old Oleksandr Shelipov in the northeastern Ukrainian village of Chupakhivka on Feb 28, four days after the invasion.

Judge Serhiy Agafonov said Shishimarin, carrying out a "criminal order" by a soldier of higher rank, had fired several shots at the victim's head from an automatic weapon.

"Given that the crime committed is a crime against peace, security, humanity and the international legal order ... the court does not see the possibility of imposing a (shorter) sentence," he said.

Shishimarin, wearing a blue and grey hooded sweatshirt, watched proceedings silently from a reinforced glass box in the courtroom and showed no emotion as the verdict was read out.

He stood with his head bowed throughout the proceedings, listening to a translator.

The trial, which began only last week, has huge symbolic significance for Ukraine and an international lawyer told Reuters it could be the first of many.

Kyiv has accused Russia of atrocities and brutality against civilians during the invasion and said it has identified more than 10,000 possible war crimes. Russia has denied targeting civilians or involvement in war crimes while it carries out what it calls a "special military operation" in Ukraine.

The Kremlin did not immediately comment on the verdict. It has previously said that it has no information about the trial and that the absence of a diplomatic mission in Ukraine limits its ability to provide assistance.

Ukrainian state prosecutors said Shishimarin and four other Russian servicemen stole a car to escape after their column was targeted by Ukrainian forces.

After driving into Chupakhivka, the soldiers saw Shelipov riding a bicycle and talking on his phone. Shishimarin was ordered to kill Shelipov to prevent him from reporting on their location, the prosecutors said.

In court last week, Shishimarin acknowledged he was to blame and asked the victim's widow to forgive him. 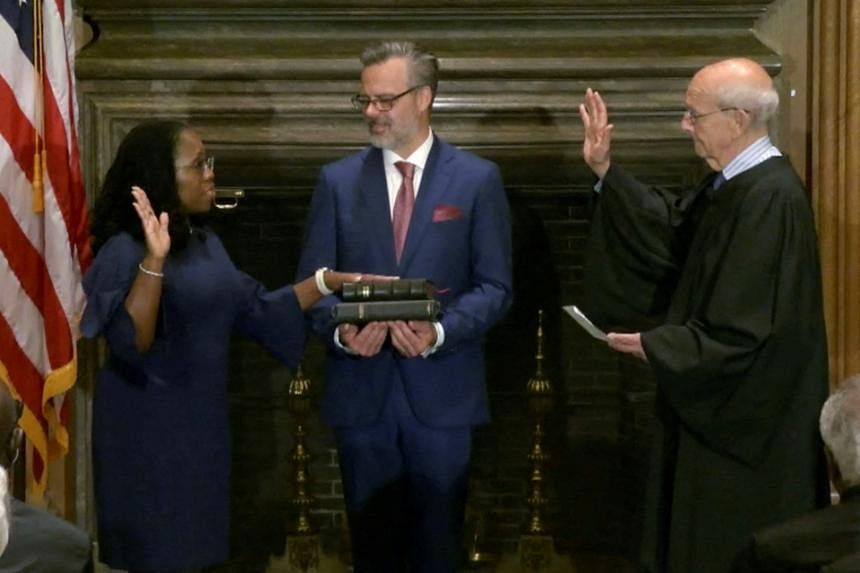 Ketanji Brown Jackson is sworn in as first Black woman on US...

Europe to see 'high levels' of Covid-19 this summer