Gaza City (AFP) - In a Gaza TV studio of the ruling Islamist armed movement Hamas, a set features Israeli flags, Hebrew documents and a portrait of Theodor Herzl, the father of modern Zionism.

The make-believe office of enemy state Israel's security service is being used to shoot a "pro-resistance" television series on the Israeli-Palestinian conflict.

It is Hamas's answer to Israeli hit shows such as the special forces drama "Fauda" that have gained millions of viewers on platforms such as Netflix, HBO and Apple TV+.

Admitting to having watched "Fauda", though, is not a good idea in Gaza, the Palestinian coastal enclave blockaded by Israel, said local director Mohammed Soraya.

To watch any Israeli TV series means supporting the "normalisation" of relations with the Jewish state, argued Soraya, who is directing Hamas's own TV series on the conflict.

He charged that such shows "support the Zionist occupation" because their plots "criminalise the Palestinian people", speaking with AFP in the Gaza City studio.

"We want to flip the equation, to show the Palestinian point of view, to broadcast a drama about the spirit of our resistance." Hamas is considered a terrorist organisation by Israel, the United States and the European Union. The Islamist group controls the Gaza Strip, an impoverished territory of 2.3 million people.

It also runs the Al-Aqsa channel, and has been investing in series inspired by Hollywood, and by Turkish soap operas that are popular across the Middle East.

- 'Fist of the Free' - The series now in production, "Qabdat al-Ahrar" (Fist of the Free), revisits a 2018 Israeli operation in the Gaza Strip that resulted in the deaths of seven Hamas fighters and an Israeli officer.

The protagonists are the fighters of Hamas, which has fought four wars against the Jewish state since 2008.

Budgets are meagre, actors' salaries are low, sets are basic and deadlines are tight, with the production team expected to deliver some 30 episodes by April, in time for the Muslim holy month of Ramadan.

While Israeli series often feature actors from the country's Arab-Israeli minority, productions in Gaza do not use any Israeli actors.

This forces studios to recruit local actors to play Israelis - a job... 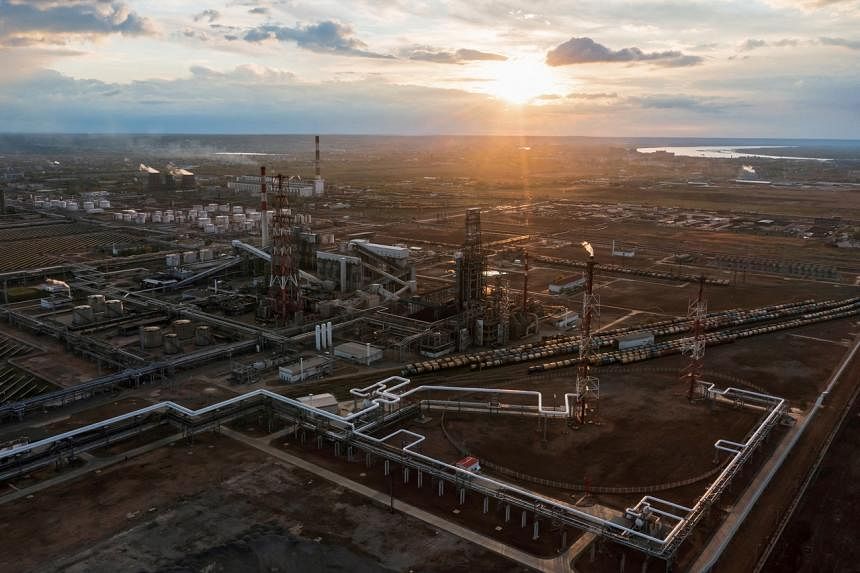 Putin says it's impossible for some EU countries to ditch Ru...

Owner of burned Bedok North flat was an actress and producer...

The pioneer civil servants dubbed the 'Eight Immortals' of L...